It’s easy to get news on the Internet these days. In fact, it’s too easy to get news from the Internet to the point that it’s also to easy to get the wrong news. Some have considered RSS feeds obsolete and boring but when it comes to getting news straight from the horse’s mouth, nothing still beats this direct and largely open method. Last time we looked at Wallabag for saving your articles. This time we’re going to take a look at some open source RSS feed readers that give you those articles in the first place.

When it comes to replacing the dearly departed Google Reader and its substitute Feedly with an open source solution, Tiny Tiny RSS is one of the first that always comes out at the top. It prides itself for being, well, tiny and simple to use. Any user just needs a web browser, be it on desktop or mobile. That said, it does require you to host the server-side application yourself, either via a dedicated hosting account, VPS, or your own home server. It doesn’t require that much to run, though, just PHP 5.6 or higher and PostgreSQL 9.1 or higher for the best results. Given its popularity, there are quite a few front-end applications that support tt-rss in case the web interface isn’t good enough.

In the realm of self-hosted feed readers, FreshRSS is one of the newcomers but one that focuses on speed even with over 100,000 articles to juggle. Again, the basic LAMP stack is required to install this server application, which presumes you have some remote hosting solution. FreshRSS comes with a basic, and rather crude, “responsive” browser interface so you won’t have to install some third-party app. But in case you do need one, there’s quite a few open source apps for that as well.

Unlike Tiny Tiny RSS and FreshRSS, FeedReader is just an RSS client for the desktop and nothing more. The advantage to that focus is that it is built and designed for a specific purpose and it does that incredibly well. The interface is beautiful and installation is easy with the Flatpak package. It works with several RSS backends like Tiny Tiny RSS, FreshRSS, Nextcloud, and even proprietary services like Feedly and InoReader. It even has native support for read-it-later services like Wallabag!

The three apps so far mentioned focus on the server-side or the client-side experience and, more often than not, require users to host their own server or use a proprietary backend. In contrast, NewsBlur is an all-in-one solution that addresses all those. Specifically, it offers a hosted service for both free and paid accounts running up to $36 per year. It also has its own native apps for Android (both on Google Play Store and F-Droid) and iOS. Its your one-stop open source shop for Internet news.

If, on the other hand, your news reading habits and needs are simple and you do it only from your Android phone, then Feeder might be worth a try. Available only from F-Droid and GitLab, this super simple news reader doesn’t require any server or account. Simply give it an OPML file and it will sync with itself. Of course, that means you won’t be able to sync with other news readers but, with Android’s native sharing, you can always save your articles to Wallabag for later viewing.

There are tons of open source news reader services and apps out there, some big, some small. We haven’t even touched on extensions to cloud suites like ownCloud and Nextcloud, or mobile apps that sync with proprietary services for that matter. With RSS readers, you may be old-school but at least you’re getting your news direct from the source. Whether that source is credible or not, well, that’s a different question entirely.

Best Linux distros for users of all levels 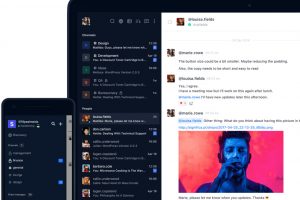 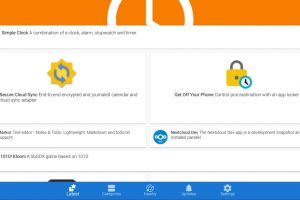 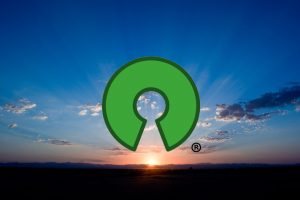